Naming your baby is a major and difficult task because you have so many names to choose from! There are traditional favourites, unusual names from other countries and ones that have a special and relevant meaning for you and your family.

Some new parents start thinking about names the moment their pregnancy is confirmed; whilst others spend the months before the birth drawing up a shortlist of favourites. Some parents like to make their final choice once they have welcomed their baby into the world and can decide which name suits them best. The most important point to remember is that your child will have their name for their whole life and what seems a lovely cute name when they are aged three, might not sit as comfortably when they are 33!

Legally the requirement to register the baby’s birth and name varies from country to country. In England, Wales and Northern Ireland a baby’s birth must be registered within 42 days at the local register office or in the hospital where the baby was born. In Scotland the time limit is 21 days at your local registration office. In the United States, the requirement varies from state to state, but is usually 5-10 days. It is definitely best to check out the details in good time. 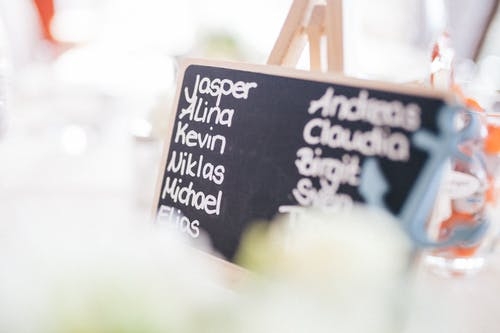 There are many names that have been popular for hundreds of years and never go out of fashion. In the UK many of these are used by the Royal family and include Charles, William, Ann(e) and Elizabeth. Others royal names have waned in popularity but are currently enjoying a renaissance such as Louie and Lucas. Often when a classic name is chosen, parents decide that their child will also have a shorter nickname for every day use and examples of this include ‘Teddy’ for Edward and ‘Charlie’ and ‘Lottie’ for Charlotte. There are many others like Caroline, Sarah/ Sara and Alice which means ‘noble and kind’ while Rooney is a classic Gaelic name meaning ‘red-haired’.

Many popular names have their roots in the Old and New Testaments. Aaron comes from the Hebrew word ‘Aharon’ which means ‘high mountain’ and was the name of the older brother of Moses. Asa, Abigail, Martha, Hannah and the names of the 12 apostles are among other frequently chosen names. Jericho and Jordan are relatively new additions to the name lists.

A popular source for baby names has long been literature. Although there are not many Macbeths or Hamlets in the world, Lysander taken from A Midsummer Nights Dream can be found. Robinson and Sawyer do appear too. Hansel meaning ‘a gift from God’ and Gretel are two others that wax and wane in popularity. A few children have been named Ebenezer after the character in Charles Dickens’ novel Christmas Carol – which probably isn’t the best start for them in life! 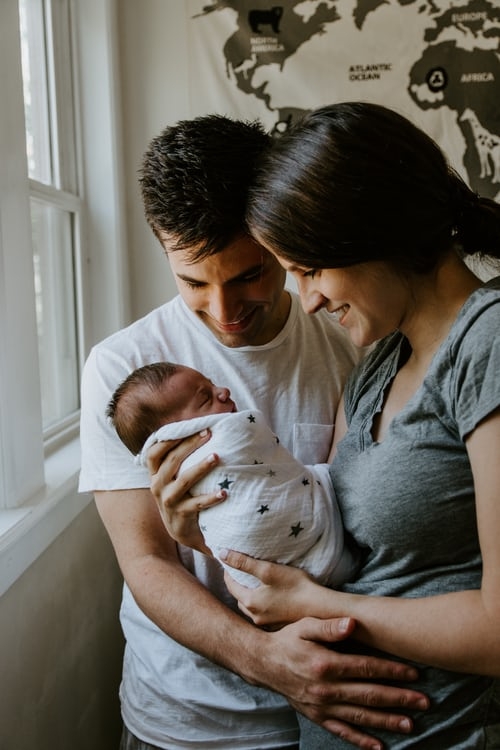 Popular names from other countries

There are some lovely names that are popular in their home countries and not quite so well known abroad. Traditionally the names of the Greek gods have been popular and include Zeus (god of thunder). Ellie comes from the Greek for ‘shining star’. Contemporary Greek names include Melina which comes from the Greek for ‘honey’, Kalila (‘pure’) and Arianna (‘holy’). The Latin name Diana refers to the ‘moon goddess’.

The girls’ name Amelia has its roots in Germany and means ‘industrious’ while Alandra is a popular name in Spain and means ‘lark’. In Chile and Croatia, popular names include Antonio and Antonia. The Spanish name Kruze/Cruz has become popular in recent years since it was chosen by the Beckhams for their son. Pretty French names for girls include Anouk meaning ‘Grace’, Mignon meaning ‘dainty’ and ‘Fleur’ – ‘flower’ which has been chosen quite often following the appearance of Fleur in the Harry Potter series.

Popular boys’ names from Scotland include Ian/Iain which is derived from the English name John and Callum which is a variation of the classic English name of Colin. Elspeth is the Scottish form of Elizabeth and Eluned is a Welsh girls’ name meaning ‘idol’.

Each country has some unusual names to add to the list of possibilities and these include the girls’ name Caround meaning ‘springtime’ in Armenia and Roscoe which is a Norwegian boys’ name meaning ‘deer forest’. Cosmo is a popular Italian boys’ name and means ‘order and beauty’.

The colours of the rainbow

Colours are currently proving inspirational for many names. Scarlet/ Scarlett has certainly been used for a number of years, but a lovely modern version is Kurea, the Japanese for ‘crimson’. Lilac and Blue are also chosen. Indigo comes from the Greek word ‘indikos’ which describes a deep purple colour and like grey is currently being given to either sex. 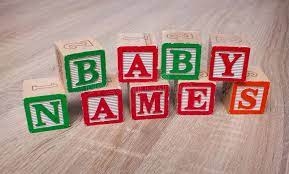 Many beautiful names that are currently proving popular because they are a little bit different are those taken from nature. Flower names such as Rose, Lily and Jasmine/Yasmine have been popular for generations with Roza the Latin name for ‘rose’ and Shoshana which is Hebrew for ‘lily’. Modern variations, are names taken from herbs and these include Sage which also means ‘wise person’.

New additions to name lists include ‘Brooke’, ‘Sky(e)’, Meadow, Cedar, Willow and Heath plus names linked to the weather including Misty and Storm. Moon is another name to consider or the old English version – Mona.

Some parents have named their child after a season or month including the UK’s Princess Eugenie who chose ‘August’ for her son’s name -even though the baby was born in February! Christmas babies are often given seasonal names with Nicholas being high in the popularity stakes especially in Finland! A trending variation on a theme is the name Niko. For girls, Holly/ Hollie is an established favourite.

Among the names that are currently proving fashionable are a number that have traditionally been used as surnames rather than first names and examples of these include the Irish surname Hogan and Riggins and these all have traditional meanings.
The names of pop stars and actors have long been inspirational and you will find a number of children called Dylan and Marlon (as in Marlon Brando, meaning ’beacon’. Several children have also been given the more unusual name of Lennon in memory of John Lennon, one of the famous four singers in The Beatles. A number of girls have the name Kylie after Kylie Minogue and a name that is gathering in popularity because of her recent amazing success is Adele.

Noah has been popular for many years, but the new version of the name is Noe (pronounced No-e) and is currently gaining traction. Ike remains a favourite modern version of Isaac. For those expecting twins, the current idea is to choose two names that are cleverly and intrinsically linked, for example, the boys’ names Xander and Alister which both come from the name Alexander, meaning ‘to defend men’.

Decide on the spelling too!

Many names can be spelled in several different ways so it is essential to decide how you are going to spell your baby’s name before you make the announcement of their birth to the world to avoid any confusion. Once you have decided on the name, it is a good idea just to double check that it hasn’t been used by anyone in the wider family as this can cause a little confusion, although in Greece, a baby used to always be given the name of one of their grandparents to continue the tradition.

Some great sources of inspiration!

There are plenty of websites that specialise in baby names and here we bring you just a small selection!

And if you are expecting twins…