Home » Blog » Transform Your Picky Eater With These Easy Strategies

Transform Your Picky Eater With These Easy Strategies 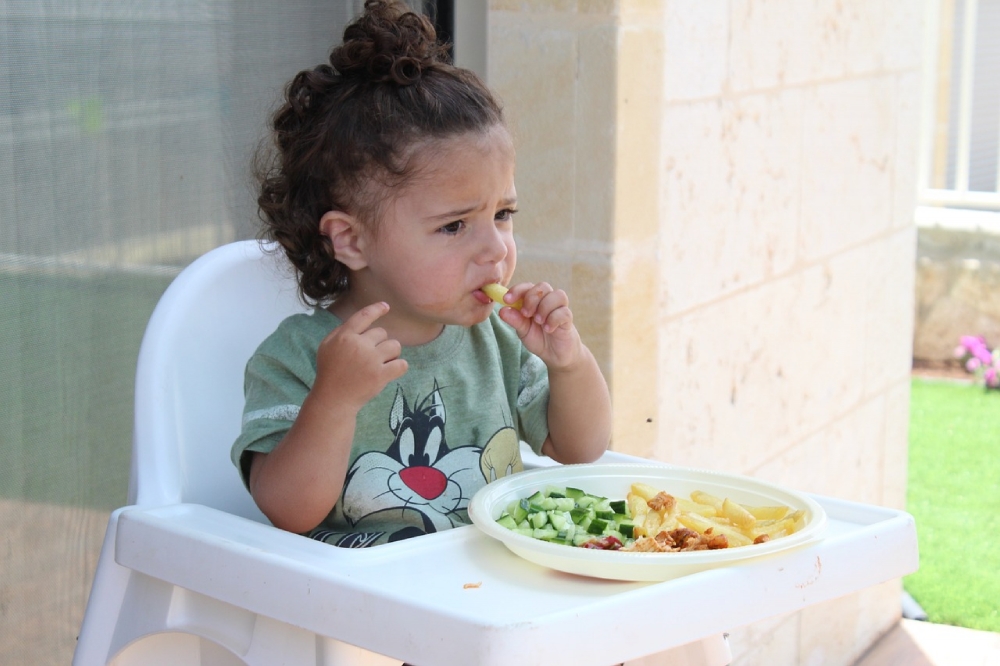 So you've weaned with the best of them. You've read enough Anabel Karmel and Gina Ford that you can quote them in your sleep. You've chopped, steamed and puréed vegetables you'd never even heard of. You have been the queen of baby led, the master of finger foods...

Yet, now your child refuses to eat anything except fishfingers drowning in tomato sauce.

Where did you go wrong? Why is your child so fussy?

Don't worry. Chances are you've done nothing wrong, your child isn't that fussy, and they are in fact just being typical toddlers.

In fact, before you read any further, make a list of everything your child eats. Be specific and include everything. You'll probably be surprised, and unless they eat less than twenty different foods, they're not really classed as fussy.

However, we all want our children to eat a broad and balanced diet, so hear are a few tips you might like to try.

Check your portion sizes. According to Healthychildren.org an average toddler should have an ounce of meat, two tablespoons of veg, two tablespoons of fruit and a quarter slice of bread for their average meal size. Compare that to what you're dishing up and chances are you're over doing it.

Seeing a large plate of food is really intimidating for young children. My son loves peas but refused to eat sweetcorn. I literally gave him one kernel on his plate. Just one. I did this several times over several days until it was no big deal for him to eat it. Then gradually I upped it until he'll now eat a spoonful without batting an eyelid.

A really nice way to do portion sizes is to get creative. Mini cupcake cases, muffin tins with lots of small sections... give them a couple of foods they like, with just a tiny amount of the food you'd like them to try.

I use the Dinner Winner plate below and it's been a huge success! I put the new food to try in the penultimate section and then he has to eat that before he can have his treat in the final section. The small segment sizes of this tray have really helped me restrict portion sizes as well, rather than my usual Augustus Gloop size offerings! 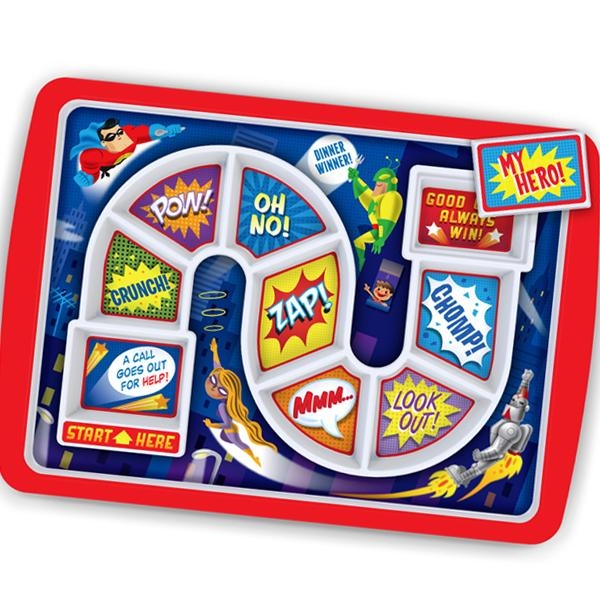 If at first You dont succeed

So if you've heard this once you've heard it a thousand times, but this is true of trying new foods. Kids need to try something several times at least before they acclimatise to its taste. For at least the first few times your child will be so busy telling themselves it tastes of, "stinky poop" that their taste buds don't even get chance, their mind is blocking it so strongly!

When you introduce a new food, try it around fifteen times, over a period of several weeks. I prefer to just try one new food at a time, until we've cracked it, rather than overwhelm them with a new flavour every night.

What I have come to realise however is that it's important I'm consistent. If I introduce something and they like it, (eventually) I have to make sure I dish it up regularly. If not my son will basically forget he likes it, put up his mental "pooh pooh" road block, and we're right back to square one!

"Don't play with your food!"

We've probably all said this at some point to our children, but actually they should.

More often than not, aversion to food isn't so much about taste as it is texture. They get used to certain textures and when foods differ from this it can be sensory overload.

So before you insist your child eats something new, let then have a couple of meals where they just explore it. This might be holding it, squishing it, pressing it to their lips, so long as they're not lobbing it across the room then you're winning.

Think about how a new baby explores. It holds something, then gradually puts it in their mouth (unless it's mud, they're always blooming quick at putting that in!). As adults, we're the same. Before buying fruit or veg to eat, we'll give it a squeeze to see how fresh it feels.

Let your child explore with their hands, gradually they get used to its texture and be more willing to taste it.

You know that mum whose kid will eat anything she puts in front of him? Well instead of secretly hating her and her avocado loving child, get them over for a play date. If your child sees their friend tucking into something, there's a good chance they'll give it a go.

It's very much the, "I want what he's got" psychology of thinking. Like when you tell your child they're not allowed Lindt chocolates because they're only for grown ups and they instantly want them even more. Hmm, "you can't have those sprouts, they're only for adults...."
Well there you go, a few simple tricks to help you encourage your fussy eater. Let me know what works in the comments below and if you have any favourite tricks of your own, do share!