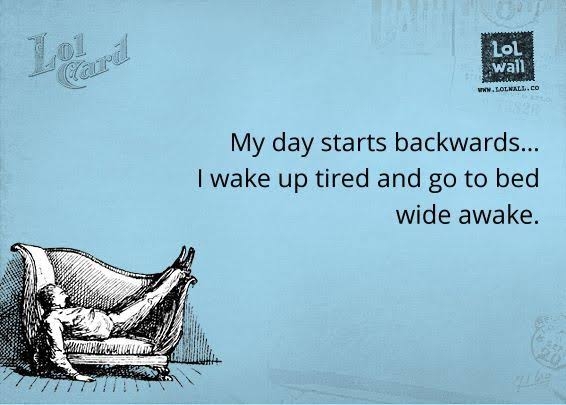 I've never been a good sleeper.

I wore earplugs at night in college (and until my son was born). Utilising the "sensitive" setting, my FitBit claims I clock less than four hours a night due to restlessness. My husband calls me "Susie 40 Wees" because I get up so often during the night.

When you get pregnant, you don't sleep because you're nervous and excited, then uncomfortable, then because of the constant need to take unsatisfying trips to wee.

When the baby comes, you don't sleep because you're afraid he will stop breathing in the middle of the night, or because he isn't a good sleeper. Or because of breastfeeding and pumping and changing nappies.

My son was what you'd call a Sleep Fighter. He would literally scream and punch and thrash if he thought you were trying to put him to sleep. We used very elaborate night-time routines and sleep techniques from the very beginning. Mostly, it paid off. "Cherish the First Six Weeks" is a book I lived and breathed by.

Now, we do bath (or don't), then change into pyjamas and settle into his rocking chair. Sometimes Dad reads and sometimes I do. Whoever is reading sits in the glider with the baby on their lap, turns on the Rockabye Baby album of choice (Weezer, Beatles, Kanye, Jay Z) while the non-reading parent hands over blankets and toys, gives kisses and leaves the room. Reader then reads three books, gives sippy cup of milk and offers snuggles. When baby says, "I'm ready for bed!" He actually is. He gives a two hand hug around the neck and a kiss and then gets tucked in.

Mummy, sleep is important. It really is! Especially if you're prone to anxiety and have physical symptoms of stress.

Exercise. Yeah, I know. Who has time? Get off my back! But seriously, it helps. Try to do something that helps you work up a sweat, is fun and promotes balance and strength. My faves right now are barre and kickboxing (not at the same time) and short runs. Endorphins are every mother’s secret weapon. The more you have, the clearer your mind will be and the better you'll sleep. I promise.

Turn off that telly. I'm not going as far as to say no screens before bed, let's be realistic. When else are you supposed to post or pin?! But snuggle yourself into bed with just a dim light on and browse something low key and fun--don't check emails or text.

Look into essential oils. No, I'm not trying to sell you anything, but maybe while you're browsing on your phone before bed, pin some essential oil mixtures that promote sleep and relaxation or ease anxiety, then order some oils and a diffuser of your choice. Use them while you're resting before bed. You'll be surprised how good they make you feel.

Go to bed clean. Some people argue that a shower wakes you up and that sleeping in wet hair is a pain. Not me. Use some scented soap and take a short, hot shower. Pamper yourself for five minutes and then crawl between the sheets. You'll sleep so much better without the grime of the day seeping into your pores.

Send good thoughts into the air and release the bad. This doesn't necessarily have to be spiritual (but it can be). It's good practice to bring positive energy into your space and push away negativity.

Yes, the bright light of the monitor screen and the noise that sporadically comes from it are still ever-present, but these things can help you take some time for you, which will ultimately help promote rest, even if it's just a few zzz's.

Any sleep inducing suggestions to share (for mum or baby)? Let us know in the comments below.