Top 10 silliest toys ever made! 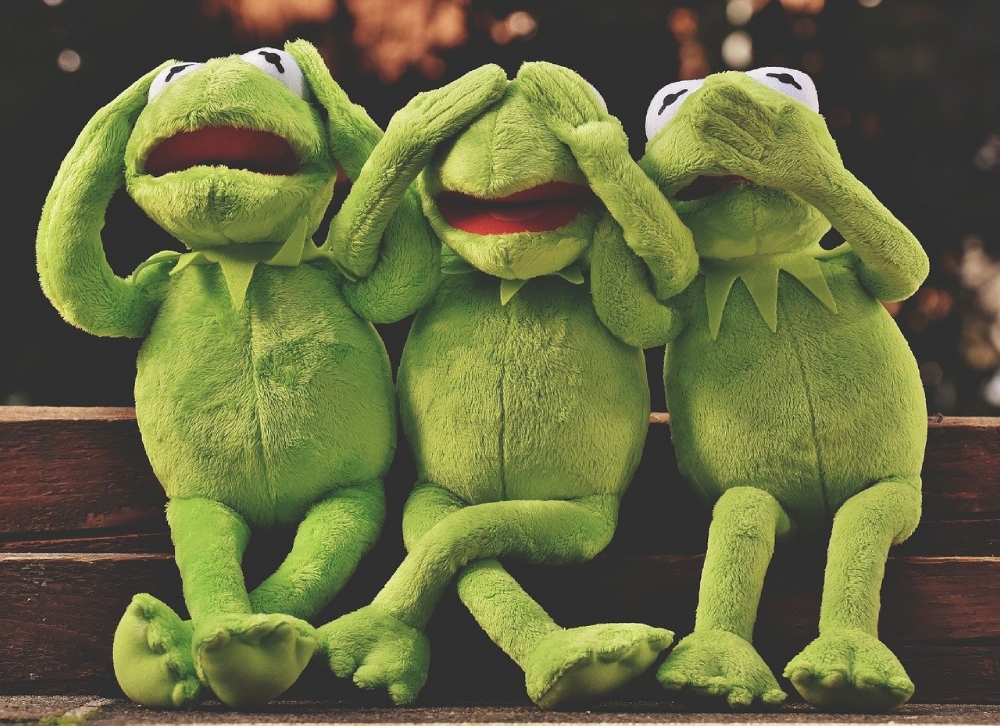 Designers the world over, spend months before Christmas, designing new toys that they hope will capture the imagination of adults and children alike and have people queuing to part with their money.

Sometimes, these designers get it amusingly wrong and over the years there have been four legged ducks, a cuddly Winnie the Pooh with a full set of teeth and in China, a baby doll that you can shave – hair, back and in other regions! Some of these stranger toy ideas, have actually sold remarkably well and it is only in hindsight that their play value has been queried.

There are hundreds of examples to choose from, but we bring you some of the best!

This doll is eye-catching with his red bow tie, red plume of hair, long noodle neck and green headphones. If you want him to make a noise, you have to shake him and to silence him, you shake him harder- not the ideal lesson for kids’ interaction! Click Here to Buy

This strange toy was first launched in 1965 and amazingly, is still available! The idea is that Dad or another adult bends down on all fours and the saddle is fitted so that their youngster can climb into the saddle and be a cowboy, Red Indian or whatever else they imagine. The toy promises hours of fun, but fails to mention the risk of backache! Click Here to Buy 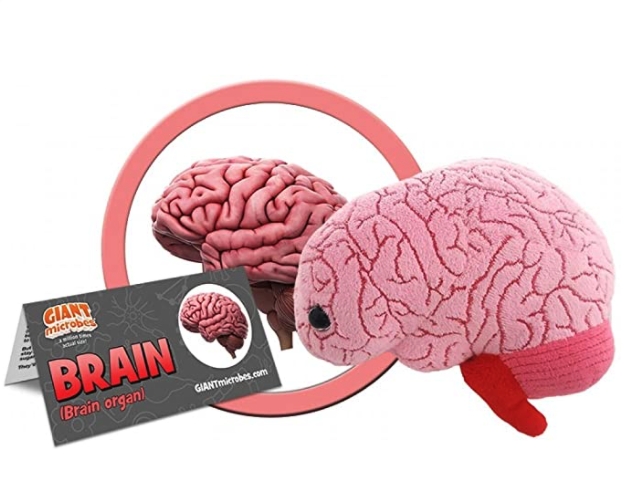 3. Plush Guts for your toddler to cuddle!

All young children like soft and cuddly toys, but this collection is a little different to the usual designs! Plush Guts are small stuffed toys in various colours, made in the shape of various organs in the body, such as the heart, bladder, liver and a number of others in the underwear department! The sentiment was no doubt to teach children about their bodies, but surely not when they are so young – how strange! Click Here to Buy

4. Wrap up a box containing the ‘Poop Troop’

Amazingly, this 2018 idea from Play Doh sold remarkably well and is still in its range. For the over threes, the kit comprises of various tubs of Playdoh, mainly in different shades of brown, different moulds for authentic shapes and an assortment of features such as hats, eyes and moustaches that can be added to create the different characters in the Poop Troop! Click Here to Buy

5. Build your own Cootie!

In the United States, the ‘Cootie’ game first went on sale in 1948 and it has been produced ever since. ‘Cootie’ is another name for ‘louse’ and the idea is that each person is given a brightly coloured cootie body to which they add legs, eyes etc. The first person to complete their cootie is the winner! On the box the manufacturers proclaim that it is an educational toy ummmm. Click Here to Buy 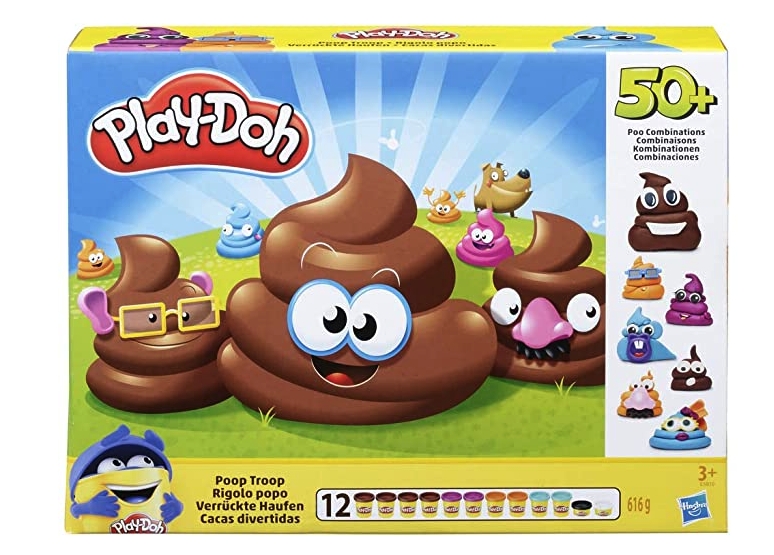 6. Your very own school dinner lady!

If your child loves school cooked dinners then this could solve your present dilemma! They can have their own miniature model of a school dinner lady - complete with mop cap and overall - plus a counter covered with various trays. The idea is that the doll comes with an array of different food stickers so you can decide what is on the menu today! Click Here to Buy

When these first came on the market in the early 1970s they were a real ‘must have! Two hard acrylic balls (slightly smaller than ping pong balls) suspended on strings about 15cm that are fastened at the top. The idea is that you hit the balls to klacker together faster and faster both above and below your hand – great fun, but oh the pain when you hit yourself! There have been several attempts to trigger a renaissance in their popularity, but they can hurt the backs of hands so popularity has waned. Click Here to Buy

8. Would you give your child a pet rock?

In 1975 when this ‘toy’ first came on the market, 1.5 million were sold at four dollars each! The rock was supplied in a small brown cardboard carry case with breathing holes and inside, the beautiful rock could be found resting on its bed of straw. There was a handbook provided giving clear instructions in the care and training of the rock. Interestingly, apart from vintage ones, pet rocks cannot be bought now! Click Here to Buy

9. Do you remember Pogs?

For two years after they were launched in 1991, Pogs were such a huge craze! Everyone had them. Pogs were cardboard discs about 3 cm in diameter and with all different patterns and designs. The idea being to grow your collection by swapping Pogs with friends in the school playground and blowing all your pocket money on new ones! They were eventually banned by some schools as teachers felt that they encouraged gambling(?) Click Here to Buy 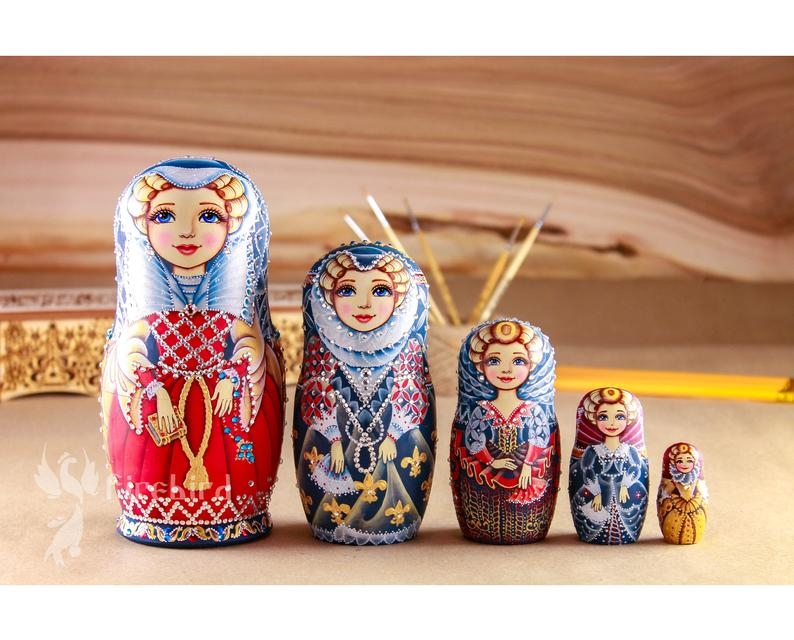 10. A strange set of Babushka dolls

Babushka (Matryoshka) dolls are the famous Russian wooden dolls of decreasing sizes that fit inside each other. These beautiful nesting dolls were first made in 1890 and comprised of eight dolls, each one painted as a peasant woman in traditional dress, over the years, there have been many variations including Father Christmas, Disney characters etc. The latest design that has been launched for this Christmas is a beautifully painted doll in colourful costume. The difference comes as you open each doll to reveal a smaller one, as the painter obviously grew bored and each descending doll has fewer details than the previous one – of course the last one is totally blank! Click Here to Buy