Home » Blog » The joy of adopting a baby

The joy of adopting a baby 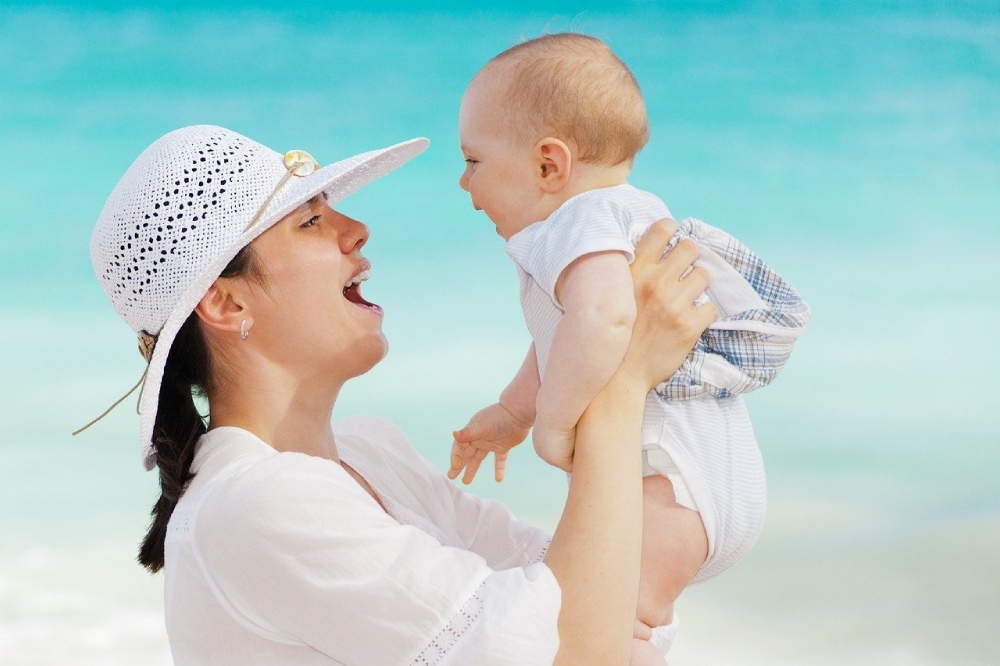 The joy of adopting a baby…

I walked up the garden path, towards the traditionally styled pram parked under the trees. Its sun canopy fluttered in the light breeze and I could feel my heart beating faster. Lying in the pram, I could see a beautiful three month old baby girl...our baby girl... whom we were meeting for the first time with her foster mother.

She was sleeping soundly and I suddenly felt overwhelmed with happiness and curiosity as after all, she would bear absolutely no resemblance to either my husband or myself! We stood and watched her sleeping for ages, before going indoors to wait for her to waken. Ellie was even more beautiful than I imagined with chestnut brown hair and deep blue eyes. It was wonderful to hold her and to smell the skin on the back of her neck. Over the next few days we visited her every day so that I could gain confidence in handling her and knowing her routine.

I can remember back to the early days of being together after we had brought her home. Whilst I was definitely a trainee Mum with ‘L’ plates, Ellie seemed to know exactly what she needed and often gave me a quizzical look that said ‘you haven’t got a clue what you are doing, have you?’

She was absolutely right! I had had no nine month pregnancy to prepare for the arrival of our baby and I had been working full time. We had received THE telephone call and met Ellie the next day and I had immediately dropped to part-time hours so that I could have time to spend with her, before leaving work the day before we brought her home. I was so conscious of the fact that I was not her natural mother and even had my hair coloured chestnut with henna so we matched! I needed not have worried as looking back, nurture plays a huge role in children’s development and we are regularly told how alike we are – especially as we all ‘talk’ with our hands!

The start of the procedure

Getting to the point where your names are on the ‘live’ waiting list for a baby/child can take several years. During this time you have to be medically examined numerous times to ensure there is no possibility of you falling pregnant. You are appointed a social worker (or member of staff from the adoption society) who visits regularly to discuss everything with you including what age baby/child you would like and also their ethnicity and whether you would consider siblings or children with special needs. The social worker prepares the paperwork and you are both interviewed separately too by a senior social worker. Your case is then discussed by the adoption panel. Once ‘approved for adoption’ you have to wait for the current waiting list to be cleared, so that your names can be added to the ‘live list’ of prospective adopters – truly gruelling!

For months, you just dare not even think about having a baby placed with you as you know how few babies are put up for adoption. It is far easier not to think about the chance of being given a baby and certainly you don’t want to incur any bad luck by creating a nursery or buying a pram. Buying any kit is not sensible either as you just don’t know how old the baby will be, or which sex. It is a strange feeling as you just never know when the telephone call will come...but all things being equal, it should be within 12-18 months. 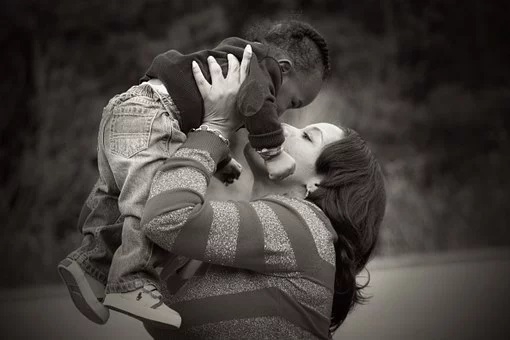 The average age for a baby to be placed with adoptive parents is about 12 weeks. When the baby is discharged from hospital, he/she usually goes to a foster home. Until the baby is aged six weeks, the natural mother can ask for her baby back. At the six week point, the baby is made ‘a ward of court’ and can be placed for adoption. The baby must live with their adoptive parents for at least 13 weeks and at that stage, there is a court hearing and the baby can be legally adopted by the adoptive parents.

Having Ellie to care for was wonderful. We had plenty of visitors including social workers and district nurses and I always worried that they would think me a very inexperienced mum! I did think about Ellie’s natural mother often and whether she would decide to ask for her baby back before the 13 week point. We were given as much information as possible
about both of Ellie’s natural parents and their wider families, with any health issues highlighted.

Adding to your family

The court hearing was really special as after it, we were both able to relax, knowing that our treasured baby was really ours. The weeks began to fly by with all the usual challenges, colic, milk allergies and sleepless nights, but I took them all in my stride, just so delighted to be a mum. We had told our social worker that we would dearly love to have a second baby placed with us with as small an age difference as possible as we both came from families with a small gap and had brothers 15 months younger and felt this is what we too wanted but did not believe this would be possible.

Imagine our delight when we were suddenly told that there was a gorgeous baby boy waiting for us! Martin was a wonderful baby and very easy-going as his foster mum had three children of her own. Ellie was delighted to have a new baby brother and eager to help with the nappy changing routine! Our days were happily chaotic and we could not believe how lucky we had been. We stayed in contact with the other adoptive parents we had met on the parent craft classes we had attended during our long months of waiting. One couple now had two older children who were naturally brother and sister and the other couple now had two little girls – the younger one with Down’s Syndrome. We often just laughed with happiness because we were all now busy mums!

My husband and I had decided to tell our children early on that they were adopted and not keep it a secret – which would have been difficult as Ellie had been well aware of her new brother’s arrival! At a large family party when he was just 18 months old, Martin happily announced to everyone that he had been doctored….we all laughed and shared his pride and delight! Glasses were raised, toasting he and his sister’s health and our future as a family….

How to get started….

If you are having problems starting a family, speak to your GP early on and even though it may be difficult, do talk to each other- exploring your thoughts about adoption. There are a number of different adoption agencies to approach as well as your local branch of Social Services. They will give you full details of the application procedure ( this can vary between agencies) and information about some of the older and special needs children they are hoping to place for adoption.

Keep strong throughout! The assessment period is thorough and the waiting time seems eternal! Nothing though can beat the magic of your baby being placed in your arms for the first time by the foster mum…. .