Home » Blog » I'm On A Mission To Stop Telling My Child To Be Careful: Here's Why.

I'm On A Mission To Stop Telling My Child To Be Careful: Here's Why. 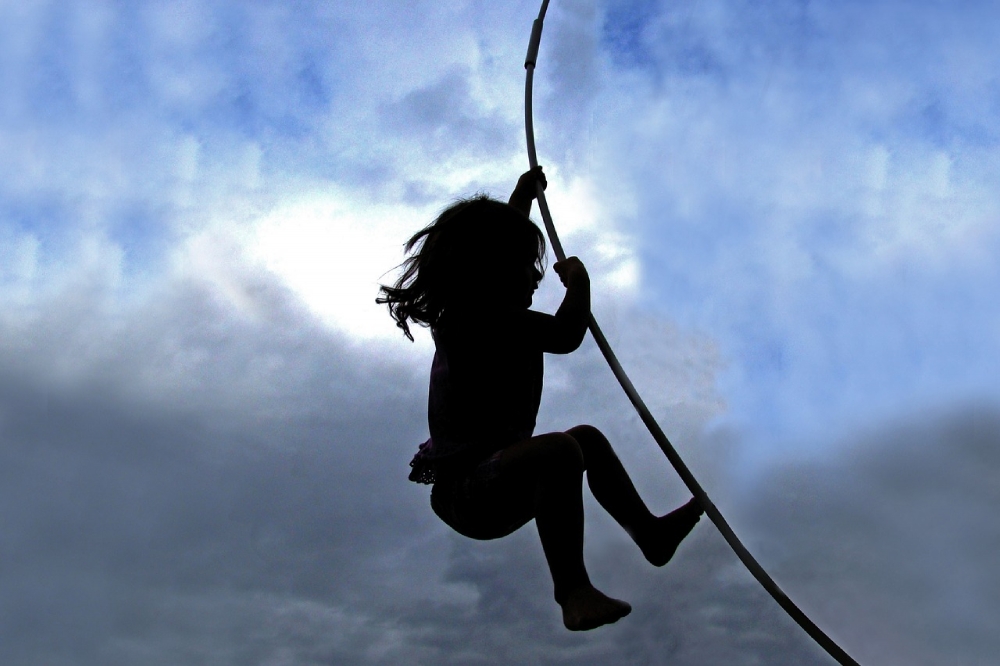 "Be careful!" I wince, for the tenth time in as many minutes.
"I'm always careful Mummy, stop telling me that!" responds my five year old son.

In fairness, he's got a point. He has been balancing himself on my gym ball (somewhat precariously I might say, although he would argue daringly) for the past ten minutes and has yet to come to any harm.

So why am I still insisting he, "be careful"? What I am hoping to achieve?

Let's be honest, at least 60% of the time we yell "be careful" after the incident. You know, after rising they've stood up and smacked their head on the climbing frame, come off their bike riding too fast or nearly decapitated a poor unwitting playmate with a stick they're wielding in the park.

So what's the point?

We may as well say, "that was stupid" or "I bet that hurt shed loads!" because in aftermath the sentiment "be careful" is redundant.

But how about the rest of the time? When they're climbing a branch you suspect won't hold them, or kicking a football a bit too hard near their poor, defenceless younger sibling?

Surely a well-timed, "be careful" is advisable then? Or is it?

What are we actually teaching are children when we tell them to be careful? Are we actually helping them learn how to prevent accidents? Assess risk?

Or are we basically saying, "don't do that" in a disguised form?

In my case, it's definitely the latter. So, I'm making a bit of a resolution to stop saying, "be careful".

Having done a bit of research I've started arming myself with some alternatives to start helping my son decide for himself if something is safe.

First off,& there's pointing out potential consequences of an action. For example, "I'm not going to climb that because I don't think it's safe enough". Particularly for younger children this is great as it alerts them to the danger but still allows them to decide for themselves whether the risk is acceptable.

Try to encourage your child to empathise with others and consider the impact of their actions on those around them. Hence, when they're on the bouncy castle and have decided to jump on top of their friend Macho Man style (god I'm showing my age now), instead of "be careful" you would say, "do you think X is enjoying this game?)

Another way to avoid the straight "be careful" is to talk about strategies to test safety. Such as, "I'm going to test these planks before I walk on them" or "I wonder how you will check if it's safe?".

Get them to consider what they need to 'risk assess' for themselves.
I want my children to scramble over rocks, climb trees and ride ridiculously fast down a hill on a bike. I don't want to take risks away, scaring them before they try by constantly telling them to be careful. But at the same time I want them to be safe.

So if you're interested in sharing this challenge with me comment below and we can share some ideas for alternative phrases!
PS: don't be dismissive of me if some of these sound too wishy-washy. Yes there are times when I still fully intended to scream at my child "don't do that! Are you crazy?!" But when there's ample time, opportunity and their safety isn't in imminent danger, I'll be trying to let them risk assess for themselves.
Do you tell your kids to be careful, or not?What are the reasonings for doing this, or not doing this? Share them in our comment section to continue the discussion!